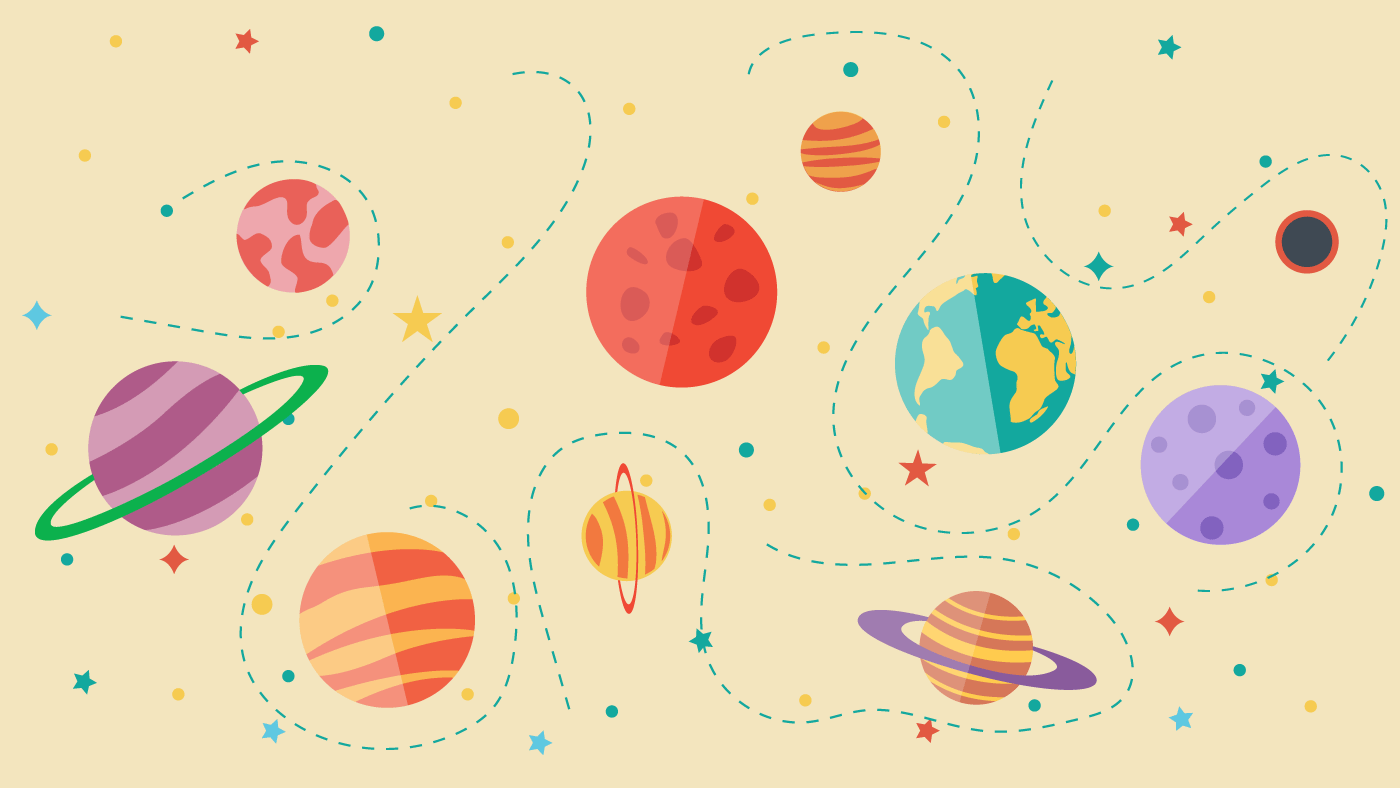 Whether you’re just curious or trying to settle a bet, you’re here because you want to know how many planets there are.

The answer is… complicated.

It depends on whether you’re only looking at our solar system or the observable universe. It also depends on how you’re defining a planet. So we’re going to try to answer the question in every way possible.

How many planets are in our solar system?

Not counting dwarf planets, there are 8 planets in our solar system:

If you’re expecting to see Pluto in this list, read on. Although Pluto may be considered a planet by some definitions, the most common definition requires that a planet “clear the neighborhood” in its orbit. Basically, that means the planet must have enough gravity to remove rocks and debris from its path, either by pulling them onto its surface, or by slingshotting them out of its path.

Since Pluto does not meet this requirement, it is generally considered a dwarf planet.

The International Astronomical Union (IAU) voted to add this requirement in 2006 in order to clarify the definition of what is (and isn’t) a planet. However, there is still plenty of disagreement about the definition, including from Alan Stern, principal investigator for NASA’s New Horizons mission.

But there is one thing almost everyone can agree on: There are not 9 planets. If we say that Pluto is a planet, we also have to include the other dwarf planets.

How many dwarf planets are in our solar system?

There are five dwarf planets recognized by the IAU:

The planets and dwarf planets are in the order shown below. Note that the distances in this diagram are not to scale (in reality the distances are much, much larger).

We haven’t had a close look at most dwarf planets because they’re very small and far away. However, scientists have gathered enough data to make rough calculations of the dwarf planets’ size, mass, and shape.

Haumea is one of the more unusual dwarf planets. It rotates about once every four hours and has an elongated ellipsoidal shape (it’s possible the rapid rotation is the cause of its odd shape). There are no closeup photos of Haumea, but the artist’s rendering below shows what it might look like.

Most dwarf planets have been discovered relatively recently, but Ceres is a notable exception. It was discovered in 1801 between the orbits of Mars and Jupiter, and it was considered a planet for about half a century.

During the 19th Century, astronomers began to realize that Ceres wasn’t alone. There were countless other objects orbiting between Mars and Jupiter. By the 1850s, astronomers were calling this area the asteroid belt – which means Ceres was actually the first asteroid ever discovered.

A similar thing happened in the 20th Century. Astronomers discovered that Pluto wasn’t alone, either. The area outside of Neptune’s orbit also contained comets and larger bodies (like Eris) that would later be classified as dwarf planets. Together, all of these objects form the Kuiper belt.

Although there are currently five known dwarf planets, this number could change. Because these objects are far away and very small, it is difficult to make precise measurements. Scientists may someday discover that some dwarf planets don’t fit the criteria, so their classification may change.

Also, there may be many more dwarf planets in our solar system that are still undiscovered.

Beyond our solar system

We now know that our Sun is not the only star with planets. It is estimated that most (practically all) stars have at least one planet. Any planet outside our solar system is called an exoplanet.

Once we include exoplanets, the numbers start to get really, really huge.

How many exoplanets have we discovered?

In some cases, computers are discovering exoplanets before humans do. For example, Kepler-90i (the third planet in the diagram below) was discovered through machine learning, using data gathered by the Kepler space telescope.

We’ve only just started to search for exoplanets. The first confirmed exoplanet was discovered in 1992, and the rate of new discoveries has increased as methods have improved. We can expect thousands of new exoplanet discoveries in the near future.

How many planets are there in the Milky Way galaxy?

Based on the discoveries that have been made so far, we could estimate that there are at least 100 billion planets in our galaxy (the Milky Way). The actual number could be far higher. Since exoplanets are very hard to find, we may never know just how many planets are hiding throughout the galaxy.

How many planets are there in the Universe?

Here’s where it gets tricky. We don’t actually know how big the Universe is because we can’t see all of it. So it’s impossible to know (or even estimate) how many planets there are.