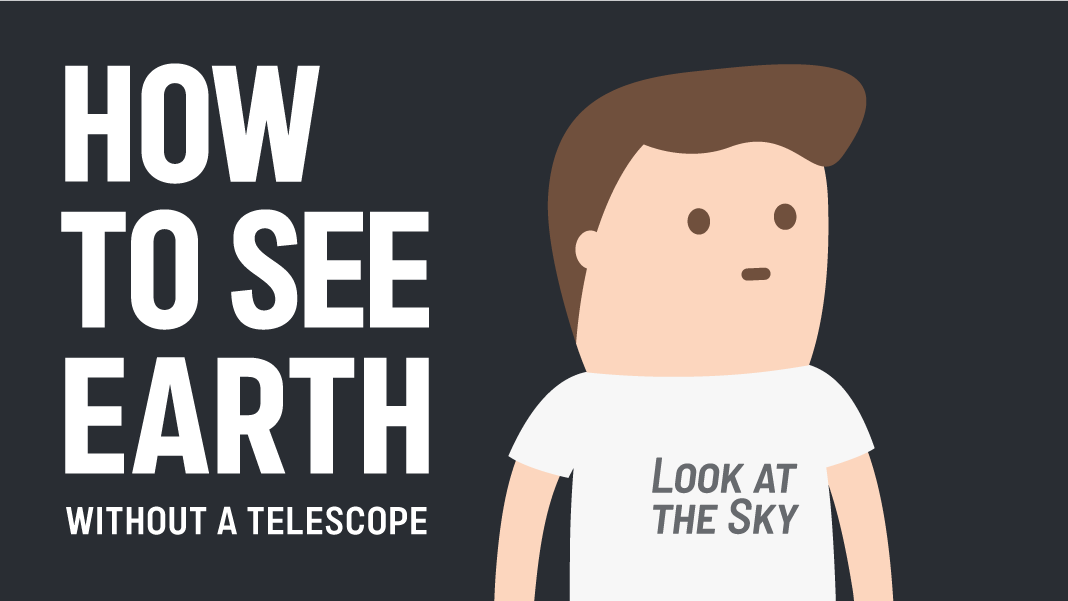 It has come to my attention that some people are asking Google the following question:

“Can Earth be seen without a telescope?”

And over twice as many people are asking the question:

“Can Earth be seen at night without a telescope?”

Well, since you asked, the answer to both questions is YES.

So I’ve created a little comic to show you HOW to see Earth (day or night):

DISCLAIMER: This method assumes that you are currently on Earth. Look at the Sky makes no claims, promises, or guarantees that you can see Earth from all locations throughout the universe. Also, the Earth may be harder to see if it’s really, really dark and your eyes haven’t adapted to the dark yet.

So how do you know that people are asking these questions?

According to SEMrush, both questions are getting a modest number of searches per month:

And Google may even help you out if you start typing it:

So somebody must be searching for this. Why? Who? We may never know.

By the way, the answers to the other suggested searches are:

What if I’m not on Earth?

Your mileage may vary. From the Moon and inner planets, you’ll be able to see Earth easily. But it gets pretty tiny once you get near the edge of the solar system.

The farthest photo of earth is Pale Blue Dot, taken by Voyager 1 in 1990. By then, it had traveled beyond Neptune’s orbit, over 4 billion miles (6.4 billion km) away from Earth.

As the name suggests, Earth appears as no more than a dot from this distance (it’s just to the lower-right of the center of the photo).

Beyond that distance, you just might need a telescope to see Earth.